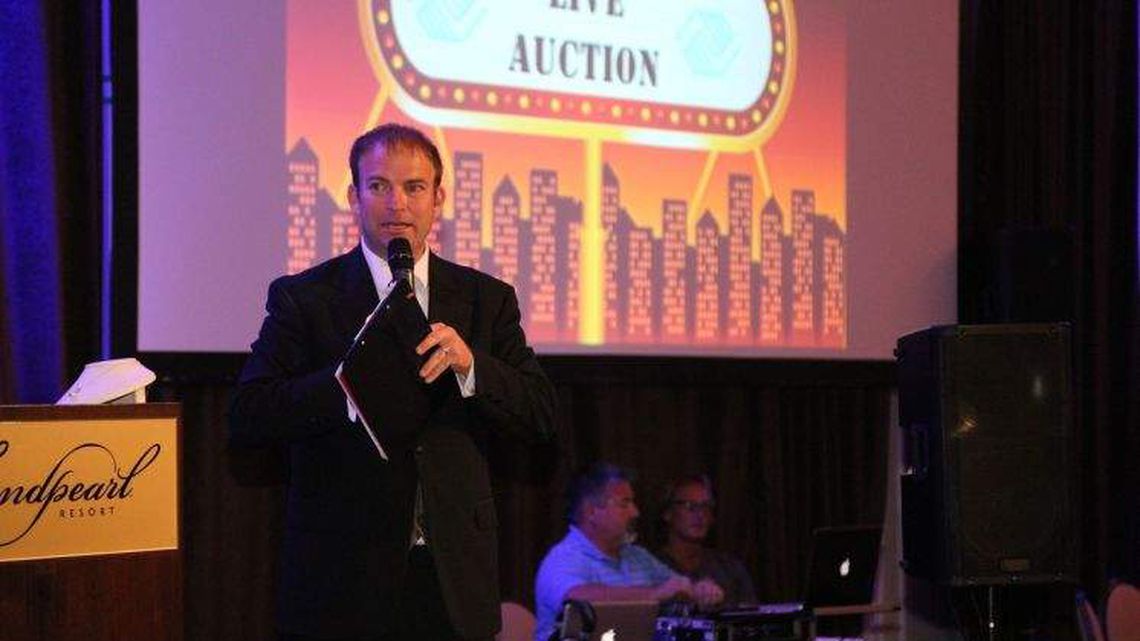 “We’re putting on a show,” said Jason Alpert, a fundraising consultant and auctioneer booked at 65 events a year. “I want people to leave saying, ‘Man, that was memorable.’ They remember something like a 100-foot-long red carpet leading to a woman on stilts wearing a huge red dress that holds glasses of Champagne.”

A Pinellas County native, Alpert has helped nonprofits raise million of dollars since moving back to the bay area with his wife and two daughters 15 months ago. He has helped orchestrate events such as United Way Suncoast’s Art of Giving, the American Cancer Society’s Cattle Barons’ Ball and the Tampa Museum of Art’s ultra formal Pavilion. Alpert also has lent his talents to the Lions Eye Institute’s Eye Ball, the Ruth Eckerd Hall gala and American Stage’s Gala Under the Stars.

“When they hire me, I become vested in the mission,” said Alpert, 42, who charges one fee for his services, starting with preplanning committee meetings until the last guest walks out the door.

The Seminole High and University of Florida grad worked 10 years as a television sports reporter and anchor until switching into race track marketing in 2001, including eight years as the “Voice of NASCAR” and the IndyCar Series at the Homestead-Miami Speedway.

The transition to fundraising professional evolved when track sponsors began asking him to emcee their events, including beauty pageants, ultimately leading him to earn an auctioneer license for five different states.

He strives to make the successful live auction part of the entertainment.

“I’ll put a microphone on the CEO in the audience and a five-day cruise will become seven-days,” Alpert said. “The scripted and rehearsed upsell looks spontaneous because bidding breeds bidding.”

Alpert recommends auctioning four to nine, one-of-a-kind items, spending two to four minutes on each. Trips and experiences with high-perceived value, “with little or no cost to the charity, such as a dinner with a CEO.”

One trick up his sleeve he calls a “wild card.”

“I’ll ask guests when they arrive at the event, ‘Would you like to participate, to donate a vacation home or something,’ and I’ll hand them a card. If we can quickly vet it, we’ll add it.”

“He’s phenomenal, not the kind of guy who does your auction and leaves,” McDonald said. “He likes to be part of the whole process. He feels an attachment to the area and understands the charities and really takes a personal interest and pride in making sure he raises as much as he can.

“He’s full of such great ideas, he calls them shticks, but they’re interesting ways to enhance an auction. It could be as simple as a server bringing out a tray of Cracker Jacks for a Tampa Bay Rays package.”

Alpert stresses the importance of branding a signature event.

“I’m a true believer that there are so few new ideas in this world,” he said. “Everyone is just stealing from each other. So c’mon, another ball boy package? Let’s come up with a new twist.”

Guests surely expect to be asked for money sometime between dinner and dessert, but Alpert toes “the fine line between asking and begging.”

“There are 100 names for it — the Ask, the Give, Fund a Need, Raise your Paddle, Bid for the Cure,” he said. “I call it the Bid from the Heart, and it’s the most important part of the event. I always start one level above what I know I have, and never call out an amount unless I know I have that.”

“Be quiet. It’s amazing how much control you can get over a room when you’re quiet.”